Judith Butler is Maxine Elliot Professor in Comparative Literature and Critical Theory at the University of California at Berkeley. She is the author of several books, including Gender Trouble: Feminism and the Subversion of Identity, Giving an Account of Oneself, and Senses of the Subject.

Lisa Jevbratt is a professor in the Art Department and in the Media Art Technology program at the University of California, Santa Barbara. For more than a decade she explored the expressions and exchanges created by the protocols and languages of the Internet and the Web, often manifesting as visualization software. She is now applying her understanding of these unintentional collaborations onto exchanges with animals of other species and their experiences of the world around them. In her ongoing endeavor “Interspecies Collaboration” she invites students to collaborate with individuals of other species and her current software-art project Zoomorph is software generating simulations of how non-human animals see.  Jevbratt’s published texts include “Inquiries in Infomics,” a chapter in the anthology Network Art: Practices and Positions ed. Tom Corby (Routledge), and “Interspecies Collaboration, Making Art Together with Nonhuman Animals” in Tierstudien [Animal Studies] Issue 1 (Neofelis Verlag, Berlin, Germany). 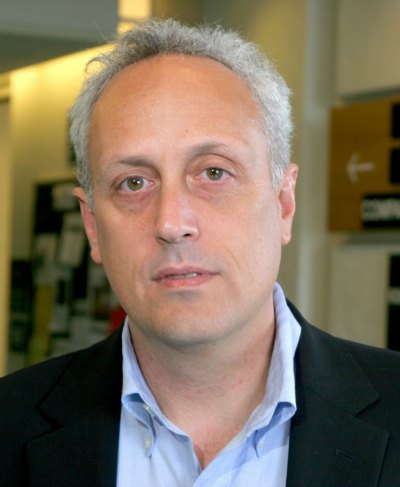 Michael G. Levine is Professor of German and Comparative Literature and Chair of the Department of Germanic, Russian and East European Languages and Literatures at Rutgers University.  He is the author of A Weak Messianic Power: Figures of a Time to Come in Benjamin, Derrida and Celan (Fordham UP, 2013), The Belated Witness: Literature, Testimony, and the Question of Holocaust Survival (Stanford UP, 2006) and Writing Through Repression: Literature, Censorship, Psychoanalysis (The Johns Hopkins UP, 1994).  He is also co-editor with Jason Groves and Elke Siegel of a special issue of MLN German devoted to the work of Rainer Nägele (2014), with Ilka Kressner and Alexander Gelley of Walter Benjamin Unbound, a special issue of Annals of Scholarship (2014), and with Bella Brodzki of The Trials of Trauma, a special issue of Comparative Literature Studies (2011).

Colin Milburn is a professor in the English Department, the Science and Technology Studies Program, and the Cinema and Digital Media Program at the University of California, Davis.  His research focuses on the relations of literature, science, and technology. His interests include science fiction, gothic horror, the history of biology, the history of physics, nanotechnology, video games, and the digital humanities.  He is the author of Nanovision: Engineering the Future and Mondo Nano: Fun and Games in the World of Digital Matter.

Fred Moten is professor of English at the University of California, Riverside. He is author of In the Break: The Aesthetics of the Black Radical Tradition, Hughson’s Tavern, B. Jenkins, The Undercommons: Fugitive Planning and Black Study (with Stefano Harney), The Feel Trio and The Little Edges. 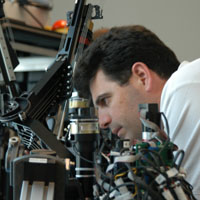 Jacob Rosen is a professor of medical robotics at the Department of Mechanical and Aerospace Engineering, University of California, Los Angeles. His research interests focus on medical robotics, biorobotics, human centered robotics, surgical robotics, wearable robotics, rehabilitation robotics, neural control, and human-machine interface.  Dr. Rosen developed several key systems in the field of medical robotics such as the Blue and the Red Dragon for minimally invasive surgical skill evaluation that is commercialized by Simulab as the “Edge,” Raven – a surgical robotic system for telesurgery that is commercialized by Applied Dexterity as an open source research platform, several generations of upper and lower limb exoskeletons and most recently the Exo-UL7 – a dual arm wearable robotic system.  He is a co-author and co-editor of Surgical Robotics: Systems, Applications and Visions and Redundancy in Robot Manipulators and Multi-Robot Systems.  Find more information about Dr. Rosen's lab here.

Russell Samolsky is associate professor in the English Department at UCSB. His research interests include South African literature, Jewish studies, animal studies, and the global humanities. His book, Apocalyptic Futures: Marked Bodies and the Violence of the Text in Kafka, Conrad, and Coetzee (Fordham UP), takes account of the complex relationship between past texts and future catastrophic events and works to offer a messianic counter-time against apocalyptic futures.

Amit Shilo is an Assistant Professor of Classics at UCSB. He researches the intersections of ethical, political, and religious imperatives in Classical thought, especially “political theologies.” Currently, his research focuses on the manifold conceptions of the afterlife in Homer, Greek tragedy, and Plato. His other research interests lie in the Hebrew Bible, Seneca, German philosophy, and Zionism. He founded and runs the “Philosophy and Theory” reading group at UCSB.  Amit received his Ph.D. in Classics from NYU (2012), where he also worked as a Language Lecturer (2012-13). He comes to UCSB from Harvard, where he was a Postdoctoral Fellow at the Mahindra Humanities Center (2013-2014).

Katrin Trüstedt is Professor of Comparative Literature at Erfurt University and currently a visitor in the German Department at Yale, where she was a Humboldt Fellow in 2012 and 2013. Her first book is entitled Die Komödie der Tragödie: Shakespeares “Sturm” am Umschlagplatz von Mythos und Moderne, Rache und Recht, Tragik und Spiel (Konstanz UP, 2011). In her subsequent work on authors such as Kleist and Kafka she has turned, among other things, to legal and political representation and related issues of law and literature.

David Wills is professor of French Studies and Comparative Literature at Brown University. His work, developed principally in Prosthesis (1995), Dorsality (2008), and Inanimation (forthcoming 2016), deals with various guises of the originary technicity of the human. His current project, Killing Times: the Temporal Technology of the Death Penalty, relates such questions to the state’s disruption of mortal temporality by means of capital punishment. He has also translated and written extensively on the work of Jacques Derrida.

Kay Young is Professor of English and Comparative literature and faculty member of the Literature and Mind Specialization at UCSB.  She was an Academic Fellow at the Institute of Contemporary Psychoanalysis, LA from 2005 -2010.  She is author of Ordinary Pleasures: Couples, Conversation, and Comedy and Imagining Minds: the Neuro-Aesthetics of Austen, Eliot, and Hardy.  Her current writing focuses on aesthetic resilience and change.

Mind Readers is an initiative dedicated to organizing creative readings of old and new plays. This group combines the talents of UCSB Theater and Dance graduate directors and BA student actors with the engaging material being taught in Theater Studies courses. Mind Readers strives to integrate theoretical and scholastic work with the joy of creating and performing – and to bring research to life!